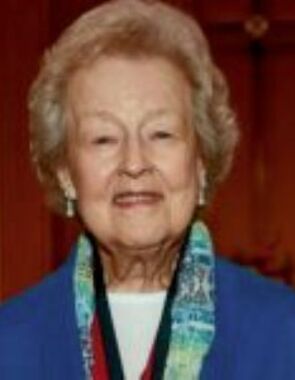 Back to Carolyn's story

(Baer), 89, Allentown, formerly of Davidsville, passed away on February 14, 2020 at home surrounded by her family. Carolyn was the wife of Reverend David G. Volk for 55 years until his passing on April 16, 2009. She was born on May 6, 1930 in Johnstown. Daughter of the late Lloyd and Emma (Ginter) Baer. Carolyn was a 1948 graduate of Conemaugh Township High School and attended Northwestern University, Evanston, Illinois, graduating with a degree in Music Education. She attended Westminster Choir College. She then went on to teach elementary music at Northern York County (Dillsburg) Regional Schools and later was an Elementary Music Supervisor in the city schools in Sunbury, PA. She continued teaching in both public and parochial schools in New Jersey until 1995 including Samuel E. Shull School in Perth Amboy, NJ and Our Redeemer Lutheran School in Fords, NJ. While her husband served in parish ministry, Carolyn was very active in the congregations that they were a part of including Zion Lutheran Church, Sunbury, PA (1955-60), First Lutheran Church, Windber, PA (1960-65), Grace Lutheran Church, Freehold, NJ (1965-70), and Grace Lutheran Church, Perth Amboy, NJ (1970-95). In Perth Amboy, she served as Musical Director and Organist. Carolyn was an active parishioner at St. Timothy's Lutheran Church in Allentown, PA since 1995 when she and her husband moved there upon retirement to be closer to their daughter Krista who is a resident at the Good Shepherd Home. Carolyn continued to share her passion for music at St. Timothy's as a member of the choir and bell choir and many other music groups in addition to serving as a supply organist at churches throughout the region. Carolyn was the recipient of the Raker Memorial Award in November of 2016. The award honors members of the community who, through philanthropy and volunteerism, honor the legacy of Good Shepherd's founders. Since 1984, when her daughter Krista became a resident, Carolyn has supported Good Shepherd as a loving and dedicated donor supporting fundraising initiatives, serving on the resident council, and volunteering her time to make a meaningful impact on the quality of life for the residents of Good Shepherd. Carolyn was involved in hundreds of religious and community volunteer groups and organizations over her lifetime. For 30 years she and her husband David served as tour hosts, leading many groups to nearly 60 countries in Africa, Asia, the Caribbean, Central America, Europe, the Middle East, North America, South America, and the South Pacific. Since, 2013 she was also an active member of the Luther Crest community involved in countless numbers of activities, causes and events. She was a beloved member of the many communities whose kindness and strong faith touched so many lives. Carolyn is survived by her daughter Krista of Allentown, PA; son David and wife Susan (Murawski) of Perth Amboy, NJ; son Paul and wife Carol (Zeller) of Colts Neck, NJ; daughter Sarah married to Keith Kozak of Monroe Township, NJ; grandchildren Brittany, Courtney, Hayden, Matthew, and Jack Volk, Graham and Kyle Kozak; brother Alan Baer married to Janice (Christie) of Tennessee and numerous other friends and relatives. Viewing from 11AM until time of funeral service 12 noon Thursday, February 20th at St. Timothy's Lutheran Church, 140 South Ott Street, Allentown. Viewing also from 11AM until time of prayer service 12 noon, Saturday, February 22nd at Hoffman Funeral Home & Cremation Services, 109 Church Road, Davidsville with Rev. Larry Hoover presiding. Interment Maple Spring Cemetery, near Jerome. In lieu of flowers, memorials may be made in Carolyn's memory to Good Shepherd Home, Raker Center, 850 South 5th Street, Allentown, PA 18103. To express condolences, make a donation or plant a memorial tree, visit HoffmanFuneralHomes.com
Published on February 18, 2020
To plant a tree in memory of Carolyn B. Volk, please visit Tribute Store.

Plant a tree in memory
of Carolyn

A place to share condolences and memories.
The guestbook expires on May 18, 2020. 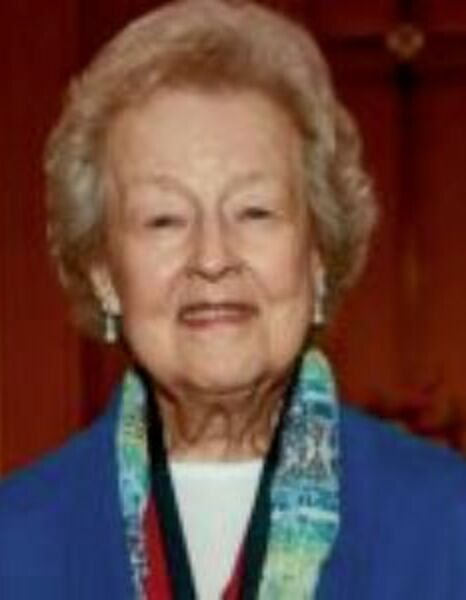