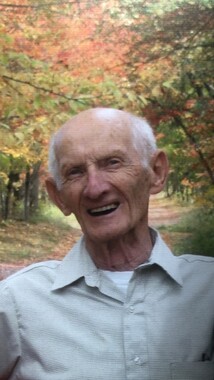 Back to Edward's story

Plant a tree in memory
of Edward

A place to share condolences and memories.
The guestbook expires on February 19, 2020.

clair & linda chapman
we would like to offer our deepest sympathy I knew ed about all my life linda & I considerd him as a wounderful friend and neighbor
Greg Prokop
Deepest sympathy. Greg Prokop. Betty Prokop(Edwards)
Mary Fran
Will always remember his last visit it see my parents. He was sure peanut oil relieved his shoulder pain. Loved him!
Robert Burkett
I am sorry for your loss, he was a very kind man.
Ron and Shirley Richards
Our deepest sympathy and prayers of comfort to Vicki, Terri, Marri and all of your family.
Love, Ron and Shirley Richards
Ron and Carla Portash
Ed will always hold a place in my heart. The world is a lesser place with his passing.
Linda Bonfanti Mock
I still to this day remember the Beaver Super and how kind Ed was to Mom and all the deliveries in all kind of weather. Sweet man. I am sorry for your loss. God bless you all.
Galen Reed
I will always keep you In my heart Ed! Love you!
William M. Stupi

He was a great person he will be missed for sure

We were saddened to hear of the passing of Cousin Ed. He was truly a "character"! I'm sure that you all have many wonderful memories that will bring you comfort. Our thoughts will be with you in the days ahead. Ed is at peace and rest in God's loving arms. Eternal Memory!