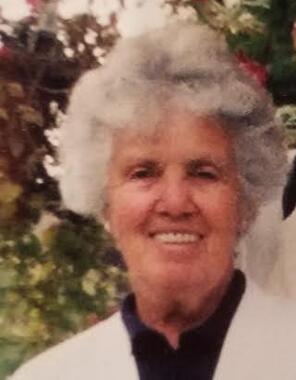 Back to Elaine's story

97, of Northern Cambia, passed away Tuesday afternoon, March 24, 2020 at Amber Hills at the Cambria Care Center. She was born September 24, 1922 in Spangler, a daughter of the late Leo and Agnes (Baraclough) Farabaugh. She married Francis Joseph Lantzy on June 28, 1943 at St. Patrick Church, Spangler. He preceded her in death on January 5, 2013. Surviving are eight children, Karen Farrell, Kenneth Lantzy (Jamie), Linda Kline (John), Patricia Lantzy, Leanne Mondi (Angelo), F. Joseph Lantzy, Christopher Lantzy (Victoria) and Cary Lantzy; eighteen grandchildren; twenty-eight great grandchildren; one great great-grandchild; and a sister, Lois Marshall. She was preceded in death two brothers and three sisters. She retired from Barnesboro Insurance Exchange after many years of service. Elaine was a former member of the Ladies of the Knights of the Columbus, Altar Rosary at Holy Cross, card club. She was a former Cub Scout and 4-H Leader. She loved her family and enjoyed camping, swimming, fishing, sewing, knitting and playing the piano. A memorial service will take place at a later date. Arrangements are made by Barrett Funeral Home, Northern Cambria.
Published on March 25, 2020
To plant a tree in memory of Elaine A. Lantzy, please visit Tribute Store.

Plant a tree in memory
of Elaine

We are sorry for everyone 's loss,she has left behind a wonderful family. We know she was a special lady prayers for everyone.Bless you all.

Barb Scappino
Elaine was a wonderful, witty, and all around great person. RIP I will miss you. You hospice aide💜
Mike Lantzy
I will always remember my Aunt Elaine as the loving wife of Uncle Francis (Finn) who together raised an awesome family with 8 children who were all well fed, clothed, raised, and educated. That they were only seperated twice, with his WW II service in England, and again with his passing in 2012 after nearly 70 years would even make Robert Frost proud.

I remember the inexhaustible energy had, even when over 90 still hanging
laundry and taking walks with her family who she would and did do everything for without complaint.

Love. Loyalty, and Family describe her Best. I am going to put on a Chris Botti cd before listening to Judy Garland sing " Over the Rainbow " as I recall her love of musi...c and playing her piano with her children.

I was blessed to have them as. part of my family as Godparents. Now we only hope to see them together at the table prepared for them.Read more
View all 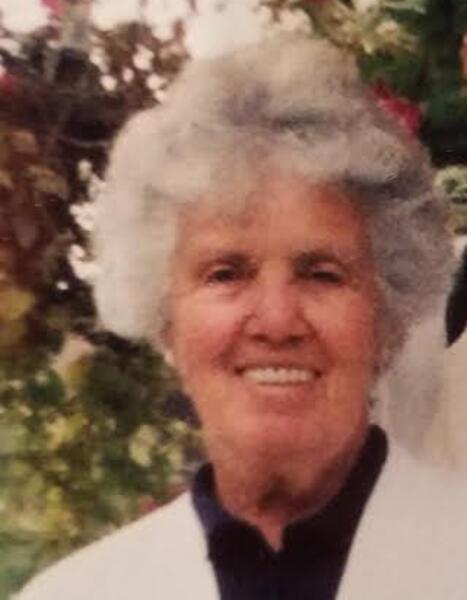