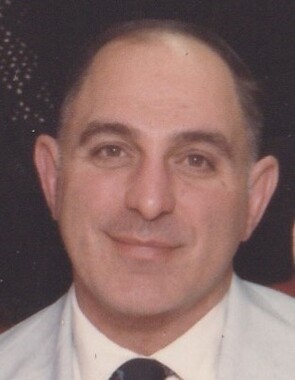 Back to Joseph's story

78, of Johnstown, passed away Saturday January 18, 2020. Born April 16, 1941 in Johnstown, son of Nicholas and Geraldine (Abraham) Safina. Preceded in death by his parents, wife Antoinette (Carino) Safina, sister Vivian (Safina) Gladis, and brother in law Robert Gladis. Survived by daughters Sheryl Safina-Pfarr, Esquire, married to Jeffrey Pfarr; Stephanie Safina-Griffith, married to Dale Griffith; Joleen Safina; and Nicole P. Safina M.D.; grandson Spencer Pfarr; nephews Matthew and Brian Gladis. Joseph was a graduate of Westmont High School, Class of 1959 and served in the PA National Guard. He worked at U.S. Steel and at Hiram G. Andrews Center, where he taught woodworking. He was a former member of St. Clement Church where he and his wife faithfully served in the Legion of Mary. Joseph was a skilled carpenter and devoted husband and father. Private viewing will be held for the family. Friends are invited to attend a Funeral Mass at 1:00 PM at St. Clement Church on Monday, January 27, 2020. Rev. William E. Rosenbaum. Private Interment, St. Anthony Cemetery Geistown. Funeral arrangements entrusted to Frank Duca Funeral Home, Westmont Chapel, 1622 Menoher Blvd.
Condolences may be sent through www.ducafuneralhome.com.
Published on January 23, 2020
To plant a tree in memory of Joseph A. Safina, please visit Tribute Store.

Plant a tree in memory
of Joseph

A place to share condolences and memories.
The guestbook expires on April 22, 2020.

Carrie (Stepien) Poilucci
Dear Safina family so sorry for the loss of your father. Prayers are with you at this time.
Janice( McLoota) &Nick Sremanak
My sincerest sympathy to all of Joe's family. It has been many years since we have see Joe but always remember him as a very care man. Our thoughts and prayers are with you.
View all