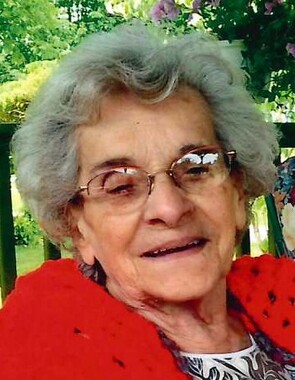 Back to Leonora's story

"Lee" (Capannari), 90, Windber, went to be with the Lord on July 28, 2019. Born July 20, 1929 in Windber. Daughter of Basillo "Buzzy" and Gelsominia (Lowery) Capannari. Preceded in death by parents, husband Walter J. Burgess; infant daughter, Theresa Lee and sisters, Frances M. and husband, John Stewart and Gloria M. and husband, Robert Carville; also, sister-in-law, Gloria (Burgess) Antonishak. Survived by these children, Dennis John Burgess married to former Pamela Hoffer, Maryland; Richard Lee Burgess, Windber; Patricia Marie, wife of Rick DeFrehn, Texas and James Patrick Burgess, Michigan. Grandchildren, Brooke, wife of Sean Alford; Katelyn Burgess, James Cover and wife, Malia; and Elliott Burgess and wife, Chelsea; and great grandchildren, Thatcher and Callahan Lane Alford. Lee was very devoted to her husband and loved her family, she was proud of being part of the Windber Community. Retired employee, Howard Johnsons, with over 20 years' service and was a volunteer at Windber Hospital for over 50 years. She was a charter member and dedicated to the service of the Women of The Moose (WOTM), Auxiliary Member of the Windber American Legion and the Windber VFW. Lee was a member of St. Elizabeth Ann Seton Catholic Church, Windber where she volunteered at church dinners and functions and where funeral Mass will be celebrated at 10:30 a.m. Wednesday. Interment, St. John Cantius Catholic Cemetery, Windber. Friends received from 5 to 8 p.m. Tuesday at William Kisiel Funeral Home, Windber, where vigil for the deceased will be held. In lieu of flowers, donations may be made to the Windber American Legion or the Windber VFW in Lee's memory.
Published on July 28, 2019
To plant a tree in memory of Leonora Burgess, please visit Tribute Store.

Plant a tree in memory
of Leonora

A place to share condolences and memories.
The guestbook expires on October 26, 2019.

Restore the guestbook to view the 17 more posts by family and friends, and share a memory or message of condolence of your own.