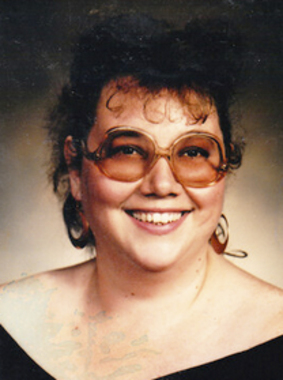 Back to Mary's story

Bell, Mary Martha (Smith) born on 12/18/49 went to be with the lord after battling cancer for 9 years on 12/6/19. Proceeded in death by her parents Telford and Mae Smith (Griffin), Brothers Telford, William, Robert and John. Husbands William Rose (1978) & Ira (BJ) Bell (2015) plus family friend John Chapman.
Mary is survived by her children Christian & Theresa Rose (Petruska); William Rose & Cheyenne Cunningham all of Johnstown, Stephanie & Jawan Williams of Somerset. Special Aunt Agnes Yingling & Niece Cathy Clark. Family Friend Patricia Chapman. Boodle Kit McIntire. God-Children Erika,Tabby, David & Daniel. Grandchildren Amy, Lani, Luliana, Chelsy, Sahron, Tyler, Noah & Jeremy. Also many nieces and nephews and cousins. Mary was a genuine, humble, compassionate, selfless person who would help anyone that needed it. Mary loved to go on long drives wherever the road would take her, cook, bake, go fishing, crochet, go to bingo with Christian, spend time with her family and watch movies on Hallmark & Lifetime network and her Diet Pepsi. Towards the end of her life Mary wanted to thank her special friend Renae Chappell from AUCP and all of the nurse aides at Integrity Health Care that took care of her especially Shakina, Kevin Shameka, Kali, Christina, Maggie & Helda. Mary was a member of Franklin Street United Methodist Church where she worked in the nursery with her sister Peggy Weaver. Mary was employed by Nino's Italian Foods of Johnstown where she was the chef. Mary was also a member of the Country Family CB Club and The Chimes in the 1980s-90s. Friends and Family will be received at Franklin Street United Methodists Church, 510 Locust Street Johnstown Pa 15901 on Thursday December 12th from 1pm until time of her Funeral Service at 4 p.m. Moskal-Reid Funeral Home is in charge of arrangements
Published on December 11, 2019
To plant a tree in memory of Mary Martha Bell, please visit Tribute Store.

Plant a tree in memory
of Mary

A place to share condolences and memories.
The guestbook expires on March 08, 2020.

Burma Harbison
Aunt Sis we will miss you I will always remember all the good time I had with you growing up. My prayers for family a may God Bless them at this time of sadness. Love you always. 🙏❤️😇
Rosalie Antoniello
Rest in Peace Aunt Mary. I'm so grateful I got to see you when I did. My entire life is made of memories...so many happy memories. You had the largest smile and loudest laugh, and it makes me smile to think of that. Until we meet again. Party on in Heaven like the parties we had back in the day :) I'll forever love you.
Carol Goch

Sis you will be missed. I enjoyed out last talk. Love you.

She was loved woman caring spirit lady I know her and her husband B.J and her children and family sent to our prayers to her family this time. Fly high and give BJ a hug and said hello and also John Chapman also we never forget and love you..Mary

Kitty clark
I loved her very much. I used to go with her for the whole summer no matter what state she was in at the time. I was like a daughter to her, especially when I was very little, mostly everyone thought I was hers since we were always together. Will miss her deeply.
Maryfrances Martin
Chris...I know that it was a long and hard illness for your mother. Her strength and courage were an inspiration to many as was your dedication to her care. My thoughts and prayers are with you and with all of your family. Please accept my deepest condolences
View all