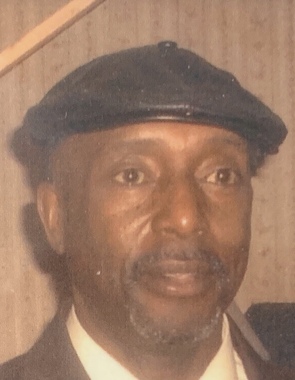 Back to Philip's story

Send flowers
in memory of Philip

A place to share condolences and memories.
The guestbook expires on May 14, 2020.

Brian Stayer
Went to war every day with Cashaw inside a state instatution. Always had my back and me his. Old school, great guy, will be missed by many. Condulances to the family.
Denise McIntosh
Wonderful CO will be missed greatly.
Irvin Brandon Bethlehem PA
My thoughts and prayers are with you and your family in this time of need. My god bless all of you.
Benny BRITT & Entire BRITT Families send our Deepest/ most Sincere/ Condolence & Sympathy!

In Phillip: God Gave us all a Shinning Example of How to live & Be always Pleasant people to be around. Phillip & I Graduated Together along with Rev. King & I . And a host of other that have gone on Home or back to the Master who made us ALL. But, I do Know Phillip was a Trail~Blazer... I work @ Ebensburg County Prision After Phill Left there. He set the stage for other Black~Men to come behind him & plenty of group photos for ppl. Like me to see. He was a well Respected ~Guard / C./Officer. Then he went to State & Finished Out His Niche in life ! Retired but, never Forgotten; for all his Guts & Courage; Then we look 👀 @ His Military Awards~Bronze Star ⭐️ = That’s Bravery & Sh...ould’ve been killer. But, God Said Not Yet ! Aka. Jesus made away out of NO WAY!!! Purple Heart 💜 again wounded. But, Once Again God Said phill, You Gonna be ALRIGHT ! So, When I look to our Local Hero’s . Who have enter the theater of Wars & Made back home. I that God for Men & Woman Who actually Gave there own Blood for us as the Land of the FREE!!! To the Cashaw FAMILIES & All Y’all. He was a Quiet inspired young~Man. I will be Praying 🙏 for y’all Families in the Days Ahead ! We Just know God Has Got Him Working in His Garden/ Above the Sky. High Exaulted & Lifted UP ! So, all We can do is Lift our Savior UP !Read more

Rhonda (Varnish) Bozich
I went to school with Philip. He was always so nice and polite. I’m sorry to hear of his passing. I will keep him and his family in my thoughts and prayers
William Lewis Sr.
Love you, cuzzo. Rest in Peace. You'll always be a soldier's soldier!
Eva (Jeanie Smith) Hayes
Rest In Peace cousin.