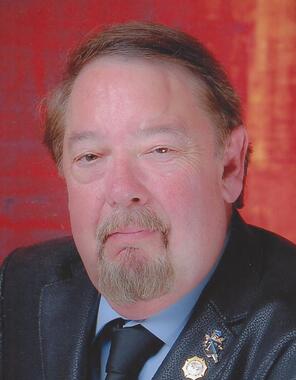 65, Johnstown, died January 20, 2020 at Windber Hospice. Born January 17, 1955 in Parsons, WV, son of Robert, Sr. and Helen (Johnson) Davis. Preceded in death by parents; and a daughter in infancy. Survived by wife Cheryl (Dietz); sons, Chad R. (Christina Niton), and Bradley (Hannah Yoder); granddaughters, Addison and Maddison Davis; brother, Paul (Anita Noble); and canine companions Sammy and Max. He was a member of Emmanuel Baptist Church, Fraternal Order of Police, American Legion Post 849, NRA, and was president of Gunfighters MC, West Penn Chapter. Bob loved to ride motorcycles and was certified firearms specialist. He retired from D.O.J., Bureau of Prisons. He served as a police officer for various municipalities. He served in the US Navy and retired from the Army National Guard. Friends received 3-7 P.M. Thursday at Henderson Funeral Home-East Hills, 2503 Bedford St., where funeral service will be held Friday at 2 P.M. with Pastor David Streets officiating. Military rite will be conducted at the funeral home immediately following the service by Chas. Menoher Post 155 VFW Ritual Team.
Published on January 22, 2020
To plant a tree in memory of Robert L. Davis, Jr., please visit Tribute Store.

Plant a tree in memory
of Robert

A place to share condolences and memories.
The guestbook expires on April 21, 2020.

Brad Cooper
Your family are in our thoughts and prayers.
View all