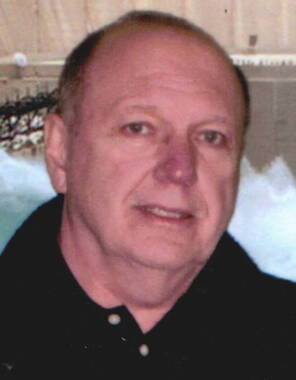 69, of Windber, passed away on Thursday January 16, 2020. Born April 15, 1950 in Johnstown, son of Donald T. and Helen Klara (Malhowsky) Martz. Preceded in death by his parents, grandparents, and sister Janice E. Riek. Survived by loving wife Jean (Usnik) Martz of 37 years; daughter Amanda Chappell (Bruce); son Thomas Martz (Kristine Deprey); grandchildren Zea and Alexei Chappell and Mackenzie Martz; mother Dianne Martz; sisters Pamela (Patrick Torchia) and Debora (Douglas Clauson), NY; brother in law Raymond Riek, NC; and numerous nieces and nephews. Bob was a graduate of Bishop McCort High School and earned a degree in Ski Area Management from Gogebic College in Ironwood, MI. He was a salesman for 6 years at Dietzgen Corporation, and Northeast Sales Manager for 11 years at Weber Valentine. Bob then started his own computerized sign equipment company in Maryland, "Chesapeake Graphics", and built the company from scratch alongside his wife, Jean, which they ran together for 33 years. He was a good man who lived an adventurous life and marched to his own beat. Bob loved to travel, ski at Keystone and A-Basin in Colorado, and at one time was on the National Ski Patrol. He scuba dived and liked to kayak in his younger days, building his own kayak at one time, enjoyed learning to fly, loved to sail and for a while owned his own 22' sailboat that he sailed on the Chesapeake Bay. He also played acoustic guitar, sang, had a passion for computers, and was always willing to help someone out with a computer problem. Bob was one of those people who was a jack of all trades, what he did not know how to do, he could teach himself from a book. He was always reading, learning, and cared deeply about the people around him, hoping that they would always achieve their best and live up to their potential, including his family and all of the customer he supported as the head of his own company. When he retired in 2016, Bob moved back to PA to be near his family. He will be greatly missed by all of his family and friends. Friends received from 4-7PM on Sunday, January 19, 2020 at FRANK DUCA FUNERAL HOME, WESTMONT CHAPEL, 1622 Menoher Blvd. Johnstown PA 15905. Friends and Family will meet for a Funeral Mass at 11:00 AM on Monday, January 20, 2020 at St. Anthony of Padua, 2201 Graham Ave, Windber. Fr. Roderick Soha, TOR. Private Interment to be held at Corpus Christi Cemetery, Beaverdale. In lieu of flowers, please make contributions to St. Anthony of Padua, Roof Campaign, 2201 Graham Ave. Windber PA 15963 in his memory. Condolences may be sent through www.ducafuneralhome.com.
Published on January 17, 2020
To plant a tree in memory of Robert T. Martz, please visit Tribute Store.

Plant a tree in memory
of Robert

A place to share condolences and memories.
The guestbook expires on April 16, 2020.

Scott Burgess -Roland DGA Corporation
I am so sorry to hear about Bob. Please accept my condolences.
Bob Lesperance / Meg Winslow
Like many others, we met Bob through the sign industry. We could always depend on Bob to solve any of our problems. Jean we are very sorry for your loss. We will always remember him. Signscape Designs & Signs
David Payne (Signs By Dave)
Our heartfelt sympathy for my friend who helped me get started in
Digital printing for my business.
I am clad to have known Bob and Jean.
You will be in our thoughts during this tough times
Dave & Linda
Kathy Usnik
Our deepest sympathy, thoughts and prayers. While we may not be able to be there in person, you will all be in our thoughts.
Our love to all of you!
Dan and Kathy
Edward Torchia

Chris Laughrey
Jeannie, Pam, Debbie, and Dianne,
I am sorry for your enormous loss. My condolences to the children, grandchildren, and other relatives as well. The memories came as a flood wall today. So many and far too many to begin listing. This is sad, but I want you to know that most of those memories have brought many warm smiles to me today. What times we had. The biographical sketch above is spot on. To spend time in Bob’s company was to live the moment at full speed. And that is an understatement. I am sorry I cannot make it back this weekend for the service. I truly wish I could do so. I live in Colorado now and plan to drop down a powdery bowl tomorrow in Bob’s honor. He took me skiing for ...my very first time to Indian Lake where I promptly slid right into a big fat oak. I’ll try harder tomorrow Bob. Godspeed my friend. Our friendship will always remain an integral part of my own being. You will be sorely missed in this world.
Chris LaughreyRead more
View all