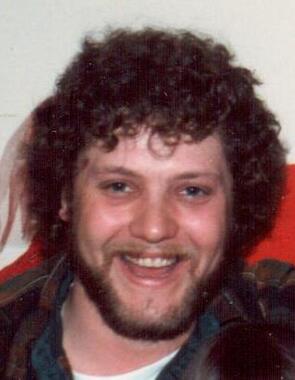 Back to Stan's story

60, Johnstown, died suddenly on December 10, 2019, at Memorial Medical Center. Born Nov. 9, 1959, in Johnstown, son of Donald Louder and Shirley Louder-Bugal. Preceded in death by father and brother, Harry Louder. Survived by mother, South Carolina; wife Katrina (Betz); children, Angela, Stanley and Ninna; grandchildren, Gianna, Desmond, Damian and Deegan; five sisters; four brothers and sisters-in-law and mother-in-law, Virginia Hitchens. Stan worked for many years at W.C. Logistics, Johnstown. He loved his Harley and restoring old vehicles to pristine condition. He loved spending time with his family and his grandchildren. The family will receive friends from 2 to 4 and 6 to 8 p.m. Sunday at Harris Funeral Home, 500 Cherry Lane, Richland, where Funeral service will be held at 10:30 a.m. Monday. Online condolences may be posted at www.wharrisfuneralhome.com. Cremation by Laurel Highlands Crematory at Harris Funeral Home.
Published on December 11, 2019
To plant a tree in memory of Stan Louder, please visit Tribute Store.

Plant a tree in memory
of Stan

A place to share condolences and memories.
The guestbook expires on March 10, 2020.

Shirley Bugal,Billie jo Drake,Mary Lownan & Rebecca Hughs
Stan was a remarkable Man he was always their when you needed him He is survived by Mother & 4 Sisters he was a wonderful son & brother he cared deeply for his family & he was a man of self worth & intelligence may god be with our family through this devastating Time he is loved & will be sadly missed may you RIP I did not proof read my 1st writing but I will in this one luv Mom & Sisters if the 1st one can be removed it will be appropriate Mrs Billie jo Drake
Billie jo Drake

Stan louder was survived by Mother shirley Bugal 4 sisters Billie jo Drake, Becky Hughes, Mary lowman & Tammy Winkleman /My Son &the girls brother was truly an amazing person I can remember when I had nothing and he helped with my children when it came to kids Stan never 2questioned any thing there are so match I could write about I would run out of paper he will sadly be missed by all of us

Kim & Pete Yelovich and family
Our deepest condolences to the Louder family may God bless you and give you strength at this very sad time 🙏
Frank Smigla
Stan was a man of integrity, a dedicated employee, and a great family man. Condolences and prayers for his family at this difficult time.
Patricia Louder Brown
Sorry for your loss sending prayers for Nina and her family. Rip Stanley will miss you and love you .sending prayers
Rhonda Sidor

Doyle Albaugh
Going to miss ya buddy. R.i.p.
Theresa and Bob Sobchak
We would like to convey our deepest heartfelt sympathies to the Louder family in your loss. Our thoughts and prayers are with each of you.
View all