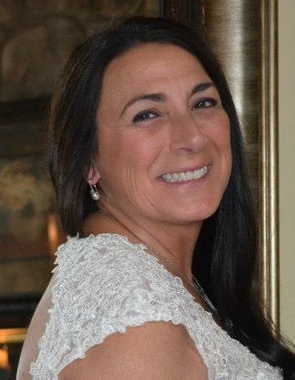 Back to Virginia's story

Virginia Pallone McKibbin
Ginger, 61 of Littleton CO passed away on October 4th 2018, surrounded by her loving family. Ginger was born in Spangler, PA on August 27th 1957. She was the youngest of ten siblings to her parents Aline and Michael Pallone and has seven surviving brothers and sisters, Michael Pallone (Jane) and Thomas Pallone (Charlene) in Florida; Angie Kiraly (Julius), Maryann Kline (Donald), Eileen Bender (James), and James Pallone (Kathy), in Pennsylvania; and, Robert Pallone (Jill) in Switzerland. She is also survived by her husband, Michael McKibbin, and her daughter, Lauren Reese (Chris), and two young grandchildren, Joshua and Charlie, all of Littleton, CO.

Ginger grew up in Spangler, now Northern Cambria, in Cambria County, PA, and graduated from Northern Cambria High School in 1975. She then attended Penn State University, where she earned her Bachelor's degree in Communications and Broadcasting. After college she moved with her then husband, Donald Waterbury, to Denver, CO, where she began her successful 30-year career in risk management at Western Union. She retired as director of risk management at Western Union in 2011.

Services in the form of a Celebration of Life, were held at the Chapel at Ellis Family Services on October 17th, 2018, in Littleton.
Published on January 10, 2019
To plant a tree in memory of Virginia Pallone McKibbin, please visit Tribute Store.

Plant a tree in memory
of Virginia

A place to share condolences and memories.
The guestbook expires on April 10, 2019.