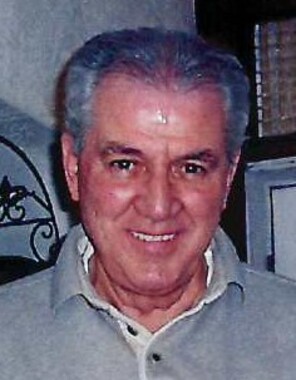 Back to William's story

77, Windber, passed away unexpectedly July 29, 2019. Born March 10, 1942 in Windber. Son of Elmer and Virginia (Hobba) Deyarmin. Preceded in death by parents and nephew, Sean Deyarmin. Survived by daughter, Deborah wife of Scott Oakes, Windber; grandson, Trevor Oakes; sister, Marie "Dolly" Deyarmin; niece, Kayla Deyarmin; former wife, Shirley Deyarmin and many friends and family. 1960 graduate of Windber High School and a 1964 graduate of Marietta College, Ohio. Bill was the first member of his family to go to college. Former sales supervisor, H. J. Heinz Company, Pittsburgh and Tenser Phipps and Leeper, Pittsburgh. Upon retirement, he worked with troubled youth in Somerset County. Bill was an avid Windber sports enthusiast. He enjoyed attending Penn State football games and Pitt basketball games and was an avid Steeler fan. He was an active man who enjoyed walking and keeping fit. Bill served as a mentor, offering advice and support to many in difficult situations. He especially enjoyed lunches with his grandson and looked forward to family dinners and holiday celebrations at his daughter's home where he especially enjoyed her gobs and cherry pie. He was a member of the First Presbyterian Church, Windber. Friends received 2 to 4 and 6 to 8 p.m. Thursday at the William Kisiel Funeral Home, Windber and where the funeral service will be held at 7:30 p.m. at the funeral home on Thursday. Pastor Daryl Penrod, officiating. Special thanks to the management staff of the Holiday Inn Express, Johnstown for their help and assistance. In lieu of flowers donations may be made to the Windber Rambler Letterman's Club or the Windber Fire Company.
Published on July 30, 2019
To plant a tree in memory of William D. Deyarmin, please visit Tribute Store.

Plant a tree in memory
of William

A place to share condolences and memories.
The guestbook expires on October 28, 2019.

Restore the guestbook to view the 4 more posts by family and friends, and share a memory or message of condolence of your own.